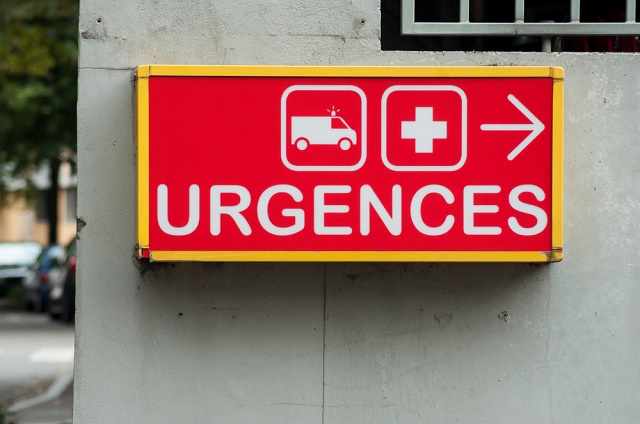 Any readers in western Europe have likely has a slightly windswept week, courtesy of Ciara, Inès and Dennis. How have the storms affected France, and what other news should you know about? We’re taking our weekly look at the French headlines.

While the protracted transport strike has drawn to a close, a one-day strike is planned for Thursday. The unrest over President Macron’s unpopular pension reforms is far from settled, with the new system being considered confusing and unfair.

The French Foreign Minister Jean-Yves Le Drian has warned that Britain and the EU will “rip each other apart” in post-Brexit trade negotiations. The UK formally left the EU at the end of January, but is still operating as a member of the trade union until the end of the transition period.

France has been hit by three separate storms in February. Storm Ciara passed over northern France, boosting wind power outputs, Calvados, Manche, Seine-Maritime, Eure, Pas-de-Calais and the Somme were placed on orange alert on the 13th and 14th, bringing violent winds, turbulent waters and flooding. Storm Dennis was still registering an orange alert in Finistère and Morbihan on Sunday night, with flash flooding, high winds and several thousand homes left without power. This unusual storm activity may have been partially caused by an unusually mild January.

Speaking of mild weather, the ski resort of Luchon-Superbagnères in the Haute-Garonne was forced to turn to extreme methods in an effort to extend their ski season. After an unusually warm start to the year, the slopes have been topped up with a delivery of snow that came via helicopter. The local council have said that the €5000 price tag was worth it, as the busy season is far from over.

While Luchon-Superbagnères is trying to encourage more visitors, Mont-Blanc is planning to do the exact opposite. President Macron announced measures to restrict access to the iconic peak in a bid to maintain its unique biodiversity and prevent unprepared climbers from attempting to reach the summit.

The French classified site, Gens de Confiance, has published a list of France’s top five most desirable ski stations. Saint-Gervais came in on top, with La Clusaz, Les Arcs, Combloux and Hauteluce coming in close behind. All five are in Savoie or Haute-Savoie.

An 80-year-old Chinese tourist has died in France of the Covid-19 coronavirus. This marks the first fatality from this strain of the virus outside of Asia. The woman was strictly quarantined with her daughter in the Bichat hospital in Paris. Both travellers were from Hubei, near Wuhan where the virus originated. France has counted 12 confirmed cases of coronavirus so far, including a group of British tourists.

Business confidence in Europe is continuing to falter, and the euro is suffering along with it, with most major currencies gaining ground against the European currency.