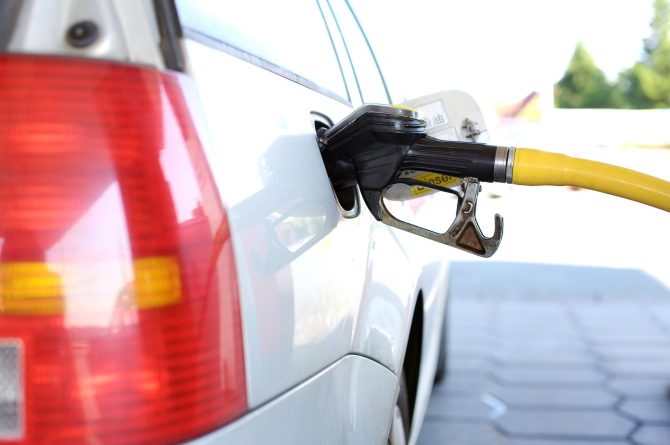 This week is la rentrée in France as kids head back to school, but September also marks a reduction in petrol and diesel prices across France. Plus there’s a warning for second-home owners who have carried out undeclared renovations on their properties. Here are the French news stories you need to know about this week.

1. Fuel Prices in France Are Going Down!

Soaring petrol prices have been among the top complaints for residents in France throughout 2022, with prices rising to over €2 per litre in some parts of the country. In an attempt to curb the rising costs – and the inevitable impact on workers and businesses who rely on their vehicles – the French government has been funding a fuel reduction that discounts prices at the petrol pump.

The good news for drivers is that, as of this Thursday, September 1st, this reimbursement is increasing to 30 cents, resulting in an additional 12-cent reduction per litre. These new rates will remain in place through September and October but are set to drop to just 10 cents per litre in November and December, before possibly being eliminated altogether.

For now, the best advice is to hold out until Thursday to fill up if at all possible!

France’s tax authorities have issued a warning to all homeowners that have carried out undeclared extensions to their properties. In France, the taxe foncière property tax is calculated based on the “valeur locative” (rentable value) of the property, and any permanent structural changes, extensions, or additions to your property must be declared. So, if you’ve extended your property, added a swimming pool, built a veranda, or even erected a garden shed, it is your responsibility to declare this to the tax authorities, and accordingly, you may see a bump in your property tax bills.

The Public Finances Directorate General in France (DGFiP) recently announced that it is rolling out a new artificial intelligence tool that uses aerial photographs to detect undeclared swimming pools and extensions on French properties. The technology has already been piloted in nine departments around France, with the DGFiP announcing that it has collected an additional €10 million in additional taxes over the past year, thanks to its findings.

If you have undeclared renovations to your property, it’s highly recommended that you declare this to the tax authorities sooner rather than later, which you can do via your online tax account. And if you don’t, be prepared to receive a letter from the DGFiP in the coming months.

3. Do You Need to Correct or Contest Your Tax Return?

The deadlines for submitting your 2021/2022 tax return was back in May or June (depending on the department in which you live), and most French residents should now have received their tax bill or avis d’imposition. (If you haven’t heard anything, be sure to check your online tax account – it should now be available to download). But what happens if you then realise you’ve made a mistake, spot an error, or disagree with the government’s calculation?

If you need to correct an error, this can be done via your online tax account using the messaging system (nous contacter/ma messagerie sécurisée). You can indicate an error by selecting “je signale une erreur sur le calcul de mon impôt.” It is also possible to make your claim in person, by phone, or by letter to your local tax office (Centre des Finances Publiques).

Note that if your tax payments are due prior to the issue being resolved, you must go ahead and pay them to avoid late-payment fines – if your claim is approved, then a refund will be issued for the outstanding amount.

Finally, it’s La Rentrée in France this week, with Thursday, September 1st marking the first day of the new school year for French children. La Rentrée also marks the time when most French people return to work after their summer holidays, the reopening of small businesses and services, and the French government returning to parliament.

If you have children in France or want to make a note of the busiest travel periods, make sure to check out our French school holiday dates for 2022/2023.

Previous Article Editor’s Pick: 7 Articles You MUST Read Before Moving to France
Next Article La Chasse/Hunting in France: Avoid It or Embrace It? (Part 1/2)