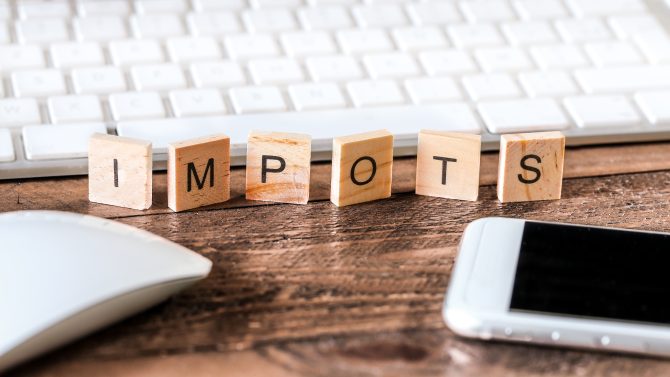 The first of the three deadlines for filing your French tax return is this week, plus find out if your dog is entitled to a French pet passport. Here are the French news stories you need to know about this week.

If you’re resident in France and live in départements 1-19, tomorrow (May 25th) is the final deadline for submitting your tax return online. This deadline also applies to overseas residents liable to submit a tax return in France. Most non-resident second homeowners will not need to file a tax return in France (and the deadline for property taxes is later in the year). However, if you have rental property or business income in France, it is likely you will need to file a return. Read our guide to find out whether you are tax resident in France.

All residents of France are required by law to submit a tax return – which you can do through the online portal – although, for some workers in France under the PAYE system, you may simply need to check and confirm your automatic declaration. The penalties for filing your tax return late include a 10% increase in your tax bill up to 30 days after the deadline. After this, you will receive a notice of late payment and increasing charges (also subject to interest) up to 40% depending on how long you leave it. The bottom line: it’s not worth it!

If you do have extenuating circumstances and cannot get your tax return in on time, do not leave it until the deadline has passed – contact your local tax office and ask for a ‘remise gracieuse’ (an extension). These may be issued for exceptional cases, such as the death of an immediate family member or serious illness, and it is always worth being proactive rather than simply missing the deadline.

For residents of other French départements, see our French tax calendar for the full list of 2022 deadlines.

Since Brexit, the rules for travelling with your pet from the UK to France have changed, with UK pets no longer entitled to a pet passport and now requiring an Animal Health Certificate (AHC) to travel. However, many second homeowners have raised the question of whether their pet can obtain a pet passport in France and use this to travel.

Up until now, the official rules on this left some grey areas, but I had previously responded to this question as follows:

“Unfortunately, EU pet passports are only available to pets (and therefore owners!) who are resident in France. While I am aware that there are some second-home owners who have managed to register their pets with a French vet and receive an EU pet passport, I obviously can’t recommend that you do this. Even in the event of obtaining an EU pet passport, border control may rightly question why your dog is travelling with an EU passport when the owners are not French residents. While I understand that getting an AHC is expensive, especially for frequent travellers, it is currently the only way to legally travel with your dog to France.”

It seems that the French authorities have become aware of this, and the French Ministry of Agriculture has now issued specific guidelines for French vets regarding UK-registered pets. You can read the official guidelines (in French) here, but here’s a summary:

This means that if you’re visiting France from the UK with your pet for more than three consecutive months (for which you will need at least a temporary long-stay visa), then your pet may be registered with I-CAD and therefore receive a French pet passport. Note that your pet will still need an AHC in order to travel with you to France initially, but obtaining a French pet passport would cover them for subsequent travel. You should expect to be asked to prove the length of your stay in France, and although official guidelines for this have not been issued, this will likely mean that you will need to present your long-stay visa or residency card.

For UK residents visiting France under the 90/180-day rule, your pet will need an Animal Health Certificate in order to travel with you. Proof of a French address (such as a French second home) will no longer sufficient proof that your dog is resident in France.

Read more on travelling to France from the UK with your dog.

This Thursday (May 26th) is Ascension and a ‘jour férié’ (bank holiday) in France, meaning that French workers will get the day off work, and most shops and services will be closed or follow Sunday hours.

It’s been an unlucky year for the French, who typically benefit from three bank holidays in the month of May. This year, both the Fête du Travail on May 1st and the Victoire de 1945 on May 8th fell on Sundays, meaning that there was no holiday. With this in mind, many French workers will be looking to ‘faire le pont’(literally: ‘make the bridge’) and take the Friday off work to enjoy a 4-day weekend.

Previous Article Dream Life in Dordogne – Buying Case Study
Next Article What a Difference a Day Makes: a Day in the Life of the GBP/EUR Exchange Rate