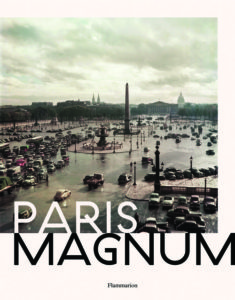 At the time Doisneau took that iconic shot for Life, he’d been recruited to join Magnum, the photo agency founded in 1947 by legendary lensmen Robert Capa, Henri Cartier-Bresson, George Rodger and David ‘Chim’ Seymour. The quartet, who’d produced stunning photo-reportage during World War 2, applied the same philosophy to the streets of Paris.

Starting in the pre-Magnum days of the 1930s, this ‘coffee table’ tome chronicles the often extraordinary everyday life of the city and its citizens, as captured by Capa et al and the many talented photographers who joined them at the agency, which is still one of the world’s biggest. This is an evocative dream of a book that true Francophiles will cherish.