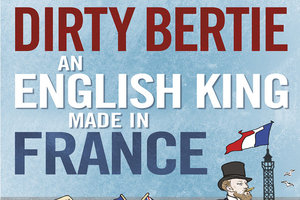 As the bestselling author of A Year in the Merde, Stephen Clarke’s latest endeavour has been highly anticipated. It does not disappoint. This time, the seasoned journalist and go-to commentator on Anglo-French relations dissects the life of playboy king Edward VII and his escapades to France. Rebelling against the most suffocating of Victorian upbringings at the hands of Victoria and Albert themselves, Edward developed a passion for Paris, where his wild parties and outrageous affairs only aided his reputation. Clarke convincingly argues that Edward’s role as ‘peacemaker of Europe’ was entirely down to his French-learned seductive skills. A must-read.
★★★★★

Previous Article How to Be a Teacher in France
Next Article Book review: Surf Mama, Wilma Johnson