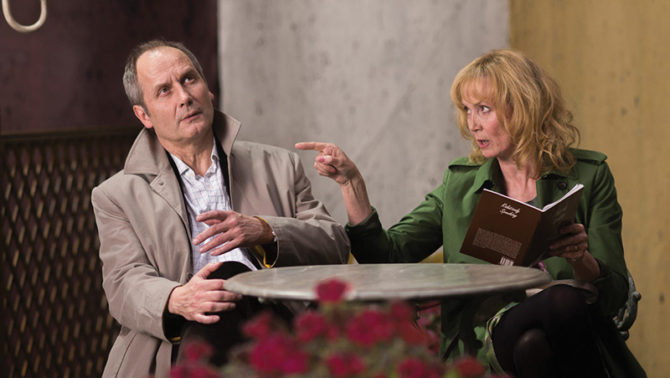 This was the late director Alain Resnais’s final film and his third adaptation of a work by British playwright Alan Ayckbourn. Featuring a plot about an amateur dramatics group rehearsing for their own play, it’s a very ‘stagey’ affair.

George is the ‘Riley’ in question, a man with strange powers over women and only a few months to live. A tragi-comedy of manners, it uses Resnais’s trademark tool of placing the viewer at an ironic distance from the defects of human nature being revealed. By no means a classic – caring for these characters is a tough call – it’s a worthwhile watch, if only to see some great actors at work, notably Sandrine Kiberlain and André Dussollier. ★★★