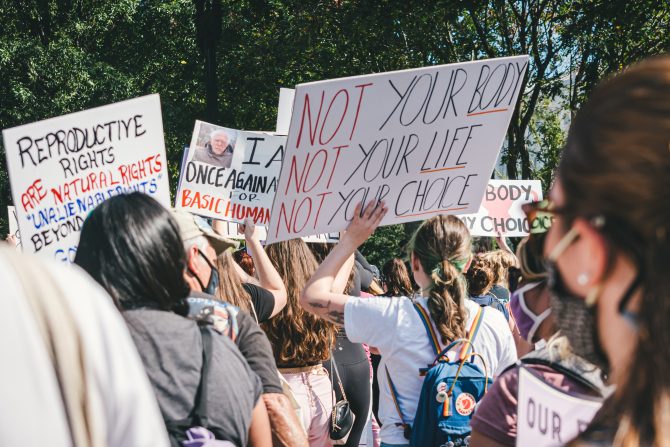 The Assemblée Nationale reopens for the first time since France’s parliamentary elections, mask-wearing is once again recommended for bus and train passengers, and the French government responds to the historic US ruling on abortion. Here are the French news stories you need to know about this week.

In last week’s News Digest, we revealed the results of France’s parliamentary elections, with President Emmanuel Macron losing his parliamentary majority and failing to secure a political alliance with other parties, a fact that could make it very difficult for the president to pass legislation over the next five years.

Prime Minister Elisabeth Borne won her seat as a deputé in Calvados, Normandy, but offered her resignation as PM following the results (an offer promptly refused by President Emmanuel Macron). She is set to present the President’s general policies to deputés next Tuesday (July 5).

As France’s Covid numbers begin to climb once again, Health Minister Brigitte Bourguigno issued a recommendation yesterday for commuters to begin wearing masks once again on public transport. Talking during an interview for RTL, she insisted that this was only a recommendation, it was not becoming an official requirement, but that opting to wear a mask on a packed train or station concourse was a “civic duty” that could help to protect the vulnerable and limit the spread of Covid.

Recent figures have seen an average of 50,000 new weekly Covid cases in France, with an increase of 52% in case numbers over the past week. Mask-wearing rules on public transport in France were lifted back in March, along with the Vaccine Pass, and although there are currently no plans for these laws to be reinstated, the government hasn’t ruled out a return to previous rules in the event of a new wave of Covid.

If you live in France, it’s been impossible to ignore the soaring petrol prices and the rising cost of living in recent months. Energy price freezes and petrol price caps have staved off some of the worst effects for French residents, but while France’s inflation rate is still lower than neighbouring countries – Germany and Spain are now at 8%, while the UK is now over 9% – it’s little comfort for those struggling with the surging prices.

Inflation was at 5.2% in May, but unfortunately, there’s no sign of it slowing down. According to new figures released by Insee, inflation in France is estimated to be at 6.8% by autumn.

The overturning of Roe v. Wade by the Supreme Court in the United States made headlines around the world last week, essentially removing the constitutional right to abortion for US citizens and paving the way for more than half of the states in the US to reintroduce abortion bans or restrictions.

French President Emmanuel Macron was among several world leaders who condemned the historic ruling, saying on Friday that ““Abortion is a fundamental right for all women. It must be protected”. Since then, several members of the French government, including Prime Minister Élisabeth Borne, have said that they will back a move to add the right to an abortion to the Constitution in France.

Abortion has been legal in France since 1975 and was amended back in February of this year to extend the legal timeframe for abortion for any reason to 14 weeks (increased from 12 weeks). Abortions are 100% by France’s state healthcare system and can be requested from your médecin traitant (GP) or via a family planning clinic.

Previous Article Where to Buy in France – Deux-Sèvres: Buying Hotspots
Next Article The Cost of Selling a Property in France: Taxes, Fees, & Surveys