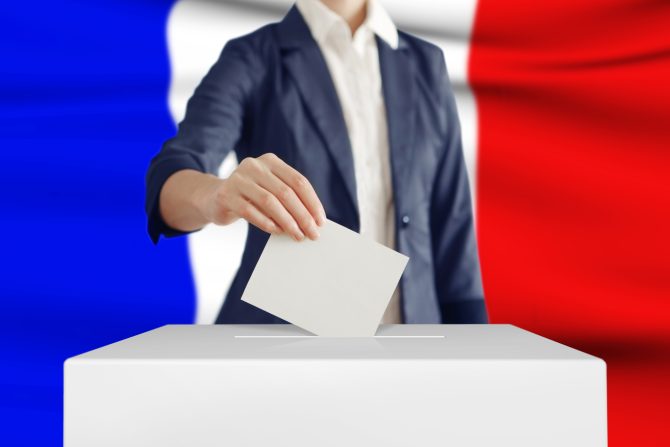 France’s legislative elections kick off this Sunday, with voters electing the MPs that will form the lower house of the French parliament, plus Macron joins the UK’s Jubilee celebrations, and there’s good news for drivers in France. Here are the French news stories you need to know about this week.

France’s election season isn’t over yet! After Emmanuel Macron was re-elected as French President back in April and appointed Élisabeth Borne as Prime Minister in May, voters will now return to the polls to vote in France’s legislative elections. This time, voters will elect a député (MP) to represent their local constituency and take up one of the 577 seats available in the French parliament.

As with the presidential elections, the legislative elections take place over two rounds, with the first round taking place this Sunday (June 12), and the second round held the following Sunday (June 19). Just as in the presidential elections, any candidate receiving an absolute majority (assuming their vote equates to at least 25% of the registered electorate in their constituency), will be automatically elected; otherwise, the highest-performing candidates will go head-to-head in the second and final round.

These elections are seen as crucial for any French president as failing to secure a majority in parliament (as President Macron currently has) can severely hamper the power of a president to pass legislation. As such, many left-wing voters who disagree with President Macron’s policies (such as his controversial pension reforms) but nonetheless voted for him against the far-right Marine Le Pen may look to vote against Macron in the legislative elections to prevent these reforms from taking place.

Polls show a tight race between NUPES, the alliance of left-wing parties in support of Jean-Luc Mélenchon (who, as you might remember, narrowly missed out to Le Pen in the Presidential run-off) and Ensemble, Macron’s La République en Marche party and its affiliates.

As the UK celebrated the Queen’s Platinum Jubilee this weekend (June 2-5) with a four-day bank holiday and a busy schedule of parades, concerts, and celebrations, France marked the occasion with a video message from French President Emmanuel Macron (see below).

Macron congratulated Her Majesty The Queen on becoming the first British monarch to celebrate a Platinum Jubilee, marking 70 years of service, as well as referring to the special alliance and friendship that the UK and France have shared over the years.

France’s gift to the monarch was a nod to her passion for equestrianism – a tradition long-shared by the French – a seven-year-old “Selle Français” horse, Fabuleu de Maucour, with a ceremonial saddle.

The government measures mean that 18 centimes per litre of petrol or diesel fuel is reimbursed to the customer at the time of purchase, essentially reducing the price of fuel by 18c/l. Further discounts have been promised by energy firm TotalEnergies this summer, including a 10c discount on fuel at their French motorway stations.

Hands-down, the biggest and most colourful celebration for members of the LGBTQ+ community in France takes place in Paris on June 24th. Thousands of participants and spectators are expected to attend the Paris Pride Parade, known as the ‘Marche des Fiertés LGBT‘ in France, with the 4-hour procession starting at 2pm and reaching its grand finale at Place de la République.

If you’re resident in France and live in départements 55–96 or one of the overseas territories, tomorrow (June 8th) is the final deadline for submitting your tax return online. All residents of France are required by law to submit a tax return (as well as some non-residents – find out here if you are among them), and you can submit yours through the online portal here.

This marks the final deadline of France’s tax season, but unfortunately – for French homeowners at least – it’s not the last of the year’s tax bills. Taxe Foncière (property tax) bills will be sent out towards the end of August – see our French tax calendar for the full list of 2022 deadlines.