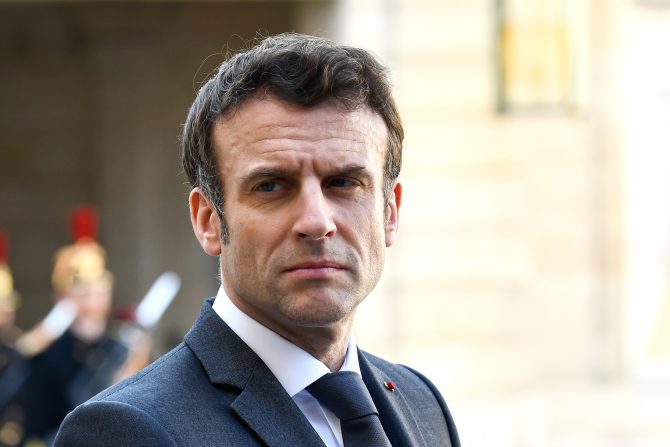 Macron’s government has defeated not one, but three no-confidence votes yesterday, mini-tornadoes hit the north of France, and is France bringing in new hunting laws? Here are the French news stories you need to know about this week.

1. Tornados Hit the North of France

A pair of mini-tornadoes wreaked havoc in the Hauts-de-France and Normandy regions of northern France on Sunday (October 23rd), with the violent winds destroying properties and bringing down electricity lines.

The small village of Bihucourt in Pas-de-Calais was among the worst hit, with 150 residents evacuated from their properties, and damage including fallen trees, roofs ripped off properties, and a few properties destroyed completely. Thankfully, only one person is reported to have sustained minor injuries.

The towns of Boulleville, Épaignes, and Beuzeville in the Eure, Conty near Amiens, and Ô-de-Selle in the Somme were also affected, with winds reaching up to 140km/h, and several families losing their homes.

French President Emmanuel Macron faced three votes of no-confidence against his government yesterday. The Rassemblement National (RN), Marine Le Pen’s party, and the Nupes coalition (an alliance of left-wing parties) filed motions of no confidence concerning the 2023 budget, both of which were defeated.

The third vote of no confidence was proposed over the government’s use of Article 49.3 of the Constitution, which allowed them to push the 2023 budget through Parliament without a vote. Although several amendments were made to the bill as a result of the debates, Prime Minister Élisabeth Borne resulted to using Article 49.3 when the opposing parties were in deadlock – without a parliamentary majority, Macron’s government was left with few other choices to pass the budget.

While the third vote of no confidence was also defeated, it was, for the first time, backed by both opposing parties, with Le Pen announcing at the last minute that her party would support the Nupes bill. Despite the combined vote, a total of just 239 MPs backed the bill – short of the required 289 for the motion to pass.

3. New Rules for Hunting in France?

La Chasse, or hunting season, is now underway in France, and it’s already been making headlines around the country. Just a week ago, a British woman was shot and killed by her husband in a tragic hunting accident in Brittany, which came days after a 17-year-old was accidentally shot in Deux-Sèvres. These kinds of incidents sadly occur each year and have long been a concern to the general public, especially among residents of rural areas.

Many campaigns have been launched to ban hunting or tighten the rules and regulations around hunting, and while it looks unlikely that a hunting ban will be imposed in France in the near future, there may still be changes on the horizon. Bérangère Couillard, State Secretary for Ecology, is currently considering several possibilities, which may include tightening rules around alcohol consumption, a 30-degree range-of-fire rule, and improved signage. Changes are expected to be announced towards the end of the year and will apply to hunting on both private and public land. However, the proposed Sunday hunting ban supported by several MPs does not appear to be part of the considerations.

Read more about La Chasse in our two-part series here and here.

4. Are You American and Looking to Buy in France?

With the US dollar to Euro rate at a high, this is an excellent time for Americans to buy in France. If you are looking to purchase a French property, you won’t want to miss our Buying Property in France for Americans webinar on Tuesday 8th November 12:00pm (ET).

Sign up for the free webinar here or click the button below. As always, if you have any questions for the webinar, you can also send them to me in advance at [email protected].

I hope to see you all there!

Finally, there’s good news for workers this weekend as All Saints’ Day (November 1st), which is a public holiday or jour férié in France, falls on a Tuesday this year. As is tradition, many workers will be opting to ‘faire le pont’ (‘make the bridge’) and enjoy a four-day weekend. As an added bonus, the clocks go back at 3am on Sunday, October 30th (making it 2am), so you’ll also get an extra hour in bed!

Previous Article In a class of their own in Tarn: Real Life in France
Next Article How can I avoid transfer costs post-Brexit? Currency Q&A