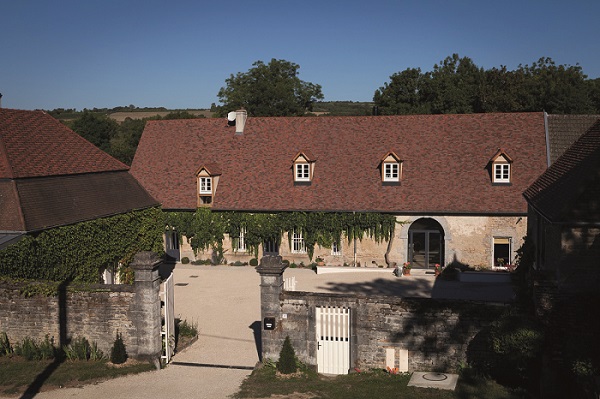 Eleanor Garvin: We left the US in 1983 with the naïve idea of apprenticing to the great chefs of Europe and simply never went home. What began as a summer adventure when I was 23 turned into a new life in a new world. Dennis and I set out from Annapolis, Maryland, with a couple of one-way tickets to Europe and the money from the sale of my car.

I met Dennis while working in the kitchen of a restaurant called Les Survivants. He always says we consommé-d our relationship. Claire Owens, the owner-chef, had lived and cooked in Paris and said if we were serious about food and wine, we had to go to France. So we did.

We owned and operated the luxury hotel-barge Le Papillon for a decade in the 1990s in Burgundy. Its popularity led us to expand the Papillon repertoire to land-based holidays, and from 1993 to 2014 we took Papillon Select Tours to villas in regions where food and wine were a priority.

Burgundy was a logical spot to settle. Add wine and the classic cuisine, and it all made sense. Burgundy is home, it’s in our blood.

FE: Is this your first French property? If not where did you live before?

EG: We previously lived in the lock house on the Burgundy Canal from 1987 until 2000, when we bought our first house in the Burgundian countryside, not far from the town of Semur-en-Auxois. We also have a second house in the vicinity that we rent out as a holiday gîte.​

FE: What made you fall in love with the Domaine? ​

EG: With the help of David and Brenda Miley, our partners at wine company Elden Selections, we purchased this gem of a property in the heart of the Burgundy wine region in 2014 and opened for business in August 2016.

The Domaine de Cromey sits among the vines in a peaceful vale to the south of Beaune. Dating from the early 1700s, the locals call it the ‘château’ (and in the past there were, indeed, Lords of Cromey). But the property was always more of a baronial farm than a residence.

It was, in fact, the winery for these local lords, as the surrounding vineyards and
100-foot vaulted cellars attest. 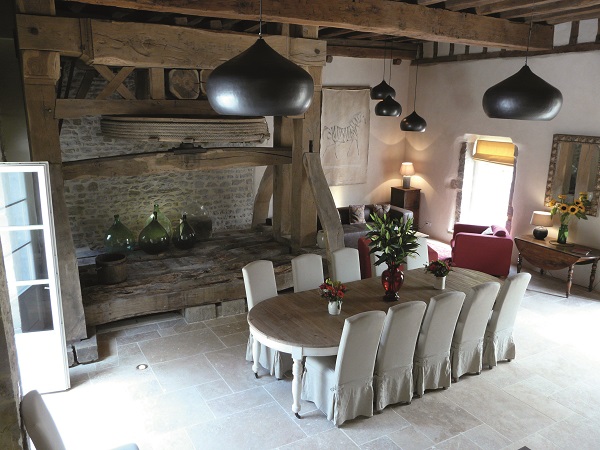 FE: What was your plan for the Domaine?

EG: We decided to transform it into a luxury farmhouse complex dedicated to the enjoyment of the food, wine and natural beauty of the Burgundy region. The Domaine de Cromey comprises six en-suite rooms in three separate buildings, which are set around a courtyard and nestle within several acres of a walled park. It offers modern comfort and quiet sophistication in a setting from another era.

Having cooked in kitchens great and small across Europe, I designed the Cromey kitchen myself. And Dennis gets the greatest backdrop of his life, overseeing festivities
in a true Burgundian cellar and in a dining room dominated by a massive 18th-century wine press.

FE: What was your main challenge?

EG: The total restoration of the property. The previous owners were from an important Beaune négociant [wine merchant] house and used the place as an escape to the country with their children as they were growing up. They used two of the buildings and had only done rudimentary improvements: bunk beds, basic plumbing and electricity. The main building, where the wine press is, was an earthen-floor barn. The stables were… stables. So it was a total strip-back-to-the-bare-walls renovation.​

FE: How did you approach the renovations?​

EG: We carried out the whole process very professionally. We needed Architectes des Bâtiments de France approval for the building permit. The project manager is semi-retired, so he took Cromey on as his only project, and used the same artisans he had worked with all his life. He was like an orchestra conductor. Happily we saw eye to eye on nearly everything; most importantly the need for quality infra-structure and finish.​

FE: Who was in charge of planning and design?​

EG: It was a team effort between the project manager, us, the Mileys and, funnily enough, Jenny Higgs, who was our partner on the original Papillon barge. 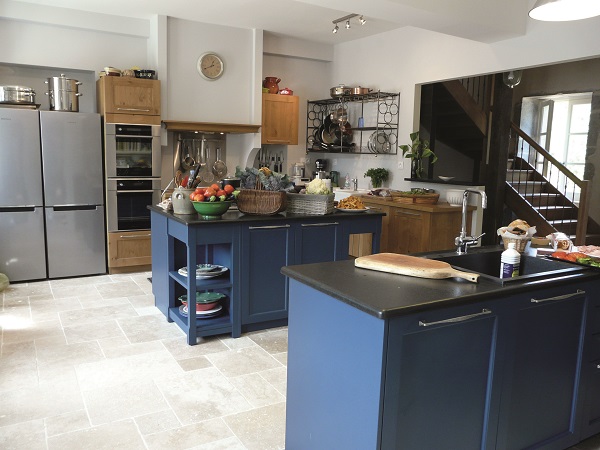 FE: What was your inspiration for the look and feel of the interiors?​

EG: We wanted a classic Burgundian country feel with lots of oak, flagstones, parquet, cut-stone windows and door linings, massive open beams – simply sand-blasted – and tomettes [hexagonal floor tiles]. We also wanted to create multiple terraces opening out on to various areas of the park, meadow and the vineyards.

​FE: What experience, if any, did you have with renovations and remodelling interiors?​

EG: We had completely renovated a small country house as a holiday rental previously. The Mileys have done many big projects and Jenny works as an interior designer.

FE: Where did you source the furniture, paintings and other decorative objects?

EG: A lot of it was our own personal stuff. But it took a year and a half of shopping, visiting the big trade shows in Paris and keeping a keen eye on the brocantes to furnish Cromey. Some of it came from our artist friends.

FE: What advice would you give to anyone thinking of relocating and running a business?​

EG: There is a lot of bureaucracy to deal with, so get professional advice. A good accountancy firm pays for itself.

FE: Is there anything you would do differently?​ ​

EG: We were fortunate to have a team of clever, imaginative and open-minded people looking at what was essentially a blank canvas. Everybody makes mistakes, but we avoided many problems simply because we were well organised and studied everything down to the details. We made some big, bold decisions that worked. I can’t think of anything major that we would change.

The project has been an amazing learning experience. We never imagined when we arrived in France in 1983 to study food and wine, that we would have the opportunity to create a world-class culinary destination. ■