In search of a glorious pile 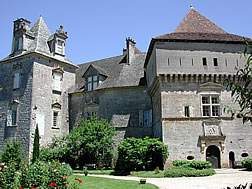 Have you ever fancied living in a castle? Do you sometimes wonder just what it must be like to own your own glorious, gracious pile? In the UK such a dream is almost certain to remain merely a dream, in France dreams can become reality.

A beautiful turreted chateau with its head in the clouds and its feet on a winding river. There are still a great many of them in France. In the Loire valley they tend to be regal, elaborate and enormous, even if they are privately owned they tend to be too expensive either to buy or to run. However the further south you go the smaller and more rugged the chateaux seem to be. They’re either sturdy relics of a violent and uncertain past, or they’re smaller country residences that were far from court life. Either way they are perfect for conversion to your own stately pile. 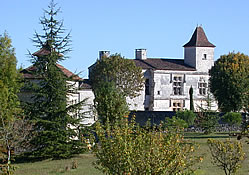 Naturally chateaux aren’t cheap, but they aren’t outrageously expensive either. In southwestern France you could almost certainly find a small one from under €750,000 or £500,000. Now what could you buy in the south of England for that? A semi in the suburbs? A converted barn in Sussex? Who wants to live in a barn when they can have a castle? Well naturally a great many people do, but if you are one of the adventurous ones who fancies taking over where Richard the Lionheart or Henri IV left off, this is the place to do it.

There are several companies who specialise in selling chateaux, vineyards and chartreuses and they are available in all price ranges from the afore mentioned to the skies. There are also hundreds of local estate agents – immobiliers – who will be only too delighted to show you round their local castle. It can be quite a shock to find that the ravishing lead-turreted, bastioned pile that you’ve passed so many times and admired from afar is actually for sale. Has been for a couple of years, and what’s more you could even afford to buy it.

A fairy-tale ending? It could be.