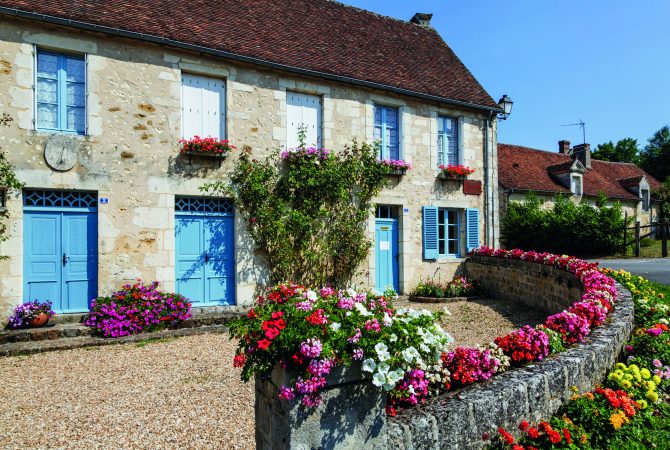 Designated parklands, lakes, quaint market towns and easily accessed from Paris and the UK: Orne certainly has plenty to offer. Annaliza Davis outlines why its property prices also make it a great spot for house-hunters

Named after its river, Orne is a département in Normandy in northwest France, between Caen and Le Mans. Its location gives it easy access to the ferry ports of Cherbourg, Caen, Saint-Malo and even Le Havre, making it a popular choice for house-hunters across the Channel.

Located inland, Orne isn’t as well-known as its neighbouring départements, but this means an opportunity for bargain properties. There are two extensive natural parks in Orne: the parc naturel régional et Géoparc Normandie-Maine and the parc naturel régional du Perche, so around half of Orne is officially parkland, making it a beautiful, scenic place to live. It’s particularly appreciated by nature-lovers, cyclists and horse-riders.

If you’re looking for town living, then Orne’s capital, Alençon, should be top of your list. It’s not a big place: with 25,775 residents, it’s only the size of Market Harborough or Plymstock in Devon. This is a tourist spot with historic architecture, a château and parks, so you don’t get the city nightlife, but only 24 per cent of residents are aged 60+ and there are students here so you can invest in rentals. A budget of €70,000 will get you a three-bedroom apartment in Alençon centre, often with its own parking spot, which would rent out at around €400 a month.

Alternatively, Argentan has 14,000 residents, so some people may find the town too quiet, but there’s plenty of appeal and a lot of equestrian activity here. A budget of €130,000 would net you a spacious 82 square metre apartment in the centre or a three-bedroom house, so you have a wide choice of property types. Like Alençon, Argentan is within easy reach of the Écouves forest, which is a joy for cyclists, hikers, horse-riders and country escapes.

Further west, you’re in Swiss Normandy, so nicknamed because of its Swiss-style valleys and picturesque landscapes. Here you’ll find Flers, with family homes from €60,000, and Bagnoles-de-l’Orne, famous for its thermal spa, so a good option for tourism rentals. Both towns offer scenic settings and sedate living with character properties often featuring exposed stonework.

If charm interests you, look around Sées (north of Alençon), famous for its cathedral and sacred architecture. It’s a tranquil town that’s home to wonderful stone longères with rustic appeal and pastoral settings costing from as little as €65,000. For more bargains, take the time to look just beyond the towns and cities. Twenty minutes outside Alençon, you can buy a small three-bedroom house with a garage for under €70,000, and in a village near Argentan, you can find family houses in need of updating for under €50,000.

Last but not least, if you’re looking for a renovation or building project, there’s no shortage of opportunities in Orne. Prices start at €1,000 per square metre. Be sure to look for a plot that’s constructible (authorised for construction) and viabilisé (with utility services already in place). A final word of warning regarding bargains listed as viager. These are a particular type of investment: they come with a sitting tenant. It could be an option for you, but do your research first as you may prefer to buy a property ready to use as you wish.

Orne is a great spot for a wide choice of ferry crossings. Taking its central town, Argentan, as a base, you can get to Caen in about an hour, Le Havre in one hour and 45 minutes, Cherbourg in two hours and Saint-Malo in two and a half hours. Alternatively, you can get to the Eurostar terminal in less than three hours, and rail connections are excellent to Argentan, Alençon, Sées and Flers. If you’re flying, Dinard offers low-cost options, or fly into Paris then take the train from there.

Across the département, over 63 per cent of working-age people are employed, primarily in office work, manual work and the service industry. Just nine per cent of the Orne population are registered as unemployed, but this is mostly among those aged 24 or under. Small businesses flourish here, with 82 per cent of companies having one to nine employees, and sole traders on the rise. Since 2015, there has been a continuous rise in the number of new businesses and start-ups in Orne, which is a good sign for the economy overall.

Anne and Tim Holford own the exquisite property Haras du Gazon, a showcase 18th-century stud farm, where they can also accommodate up to 40 guests thanks to their gites approved by Sawday’s special places to stay.

Australian Anne and Gloucester-born Tim originally met in London and set up a veterinary practice together in 1985, before moving to France in 2012. “We’d looked at central France, but felt it was too far from the UK and too hot and dry for the horses, whereas the farmland and infrastructure for breeding and training show jumpers is excellent in Normandy. We spent several months hunting for the right property and fell in love with the Haras du Gazon, which was far bigger than we initially wanted and needed lots of TLC. However, the extra space allowed us to create gîtes and to share the experience with others.

“For British buyers, I’d say that Orne is very convenient for the Channel ports and not that far from Paris – it’s about a three-hour drive. This is practical as it means you are not depending on regional airports or marathon road trips to get away! For us, the equestrian aspect made it an ideal choice, of course.

“Normandy is known as deepest France – ‘la France profonde’ – a place that’s very provincial with constant rain, but it certainly doesn’t rain all the time. It would be very hard to live here and run a business without having a grasp of the language because even local people who understand some English are not always willing to speak it. That said, our vets for the horses are notable exceptions.

“The other thing to know is that two-hour lunch breaks are still the norm in this part of France, which can seem a bit old fashioned and has to be accounted for when you need to get things done!”

What the agents say

Based in Normandy, estate agent Suzanne Jenkins-Pearce has years of experience and local knowledge to help buyers find their dream property in Orne. Here she shares some of her insights.

“British buyers are still in love with detached, traditional stone houses – whether it be a longère or maison de maître, ideally with an acre or two of land – and the rural idyll. If this can be within walking distance of a bar and bakery, so much the better. The Dutch seem to look for similar properties, while my Russian clients want to be in a town or village with street lights! Cheap rural renovation projects will normally still sell to British buyers.

“Once British clients have been here for about 10 years, they will often want to downsize and move to the outskirts of a town to be closer to amenities. We are spoiled in Normandy with the excellent transport links with the UK, which attracts British clients back from Spain and the South of France, often at the request of their grown-up children in the UK.

“A modern pavillon will usually appeal to my French buyers, as they like to be in a town. They are also a bit less bothered about houses on a main road or a semi-detached house, as it is all about amenities for them. Some of my French clients are now looking at renovation projects, and there’s an increasing number of young French couples investing in buy-to-let properties.

“British buyers were propelled into bringing forward their purchasing plans because of Brexit, so 2019 was extremely busy with marked pushes for completion before the deadline, and 2020 went the same way. British clients wanted to purchase during the period of the Withdrawal Agreement so that they could start to establish their residency rights. There are many who say that they feel European and are keen to enjoy spending time in France. The market in this area has changed in recent months. I have been an estate agent here in Normandy since 2005 and the market has never been as buoyant as it is at the present time.

“Many clients bought properties last year without actually viewing them in person. Covid travel restrictions and the changes in companies allowing employees to work from home has opened up the possibility of moving to a new home in the Normandy countryside for many people. We are also seeing British clients who have UK-based businesses receiving advice to purchase an EU base to continue the export of their products to Europe. These are certainly interesting times!”

Dreaming of moving to Orne?

Browse Properties for sale in Orne

Previous Article How To Change Your Foreign Driving Licence for a French Permis de Conduire: STEP BY STEP
Next Article News Digest: Are You Eligible for Tax-free Shopping in France?