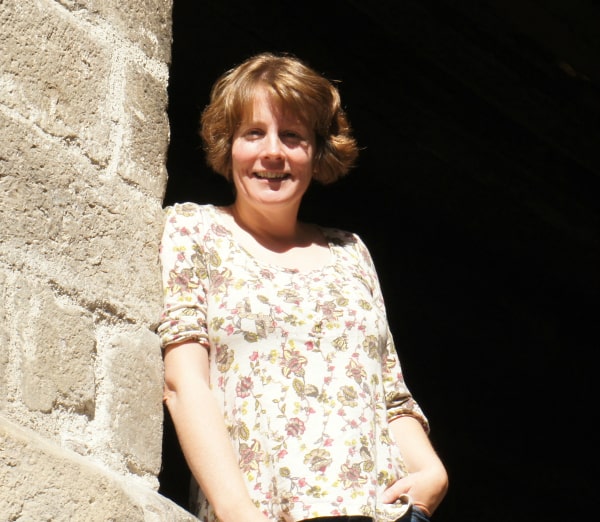 Go anywhere in France in August and it’s hard to miss; the entire country is en fête.

Blue, white and red bunting draped above the roads, geraniums bursting with colour on windowsills, posters on every lamp post heralding upcoming events. It’s a giddy time of the year as villages and towns from the Pyrenees to the Alps celebrate summer in their own traditional way, hosting pétanque competitions, grand suppers, late-night discos where everyone gets up to dance.

It’s an aspect of France I couldn’t ignore when it came to writing the Fogas Chronicles. But August in France has another side. One that can sometimes frustrate those of Anglo-Saxon heritage.

I first came across the en vacances spirit when the coffee machine broke down in late July in my first year running an auberge in the Ariège. While the rest of the country might have downed tools and be partying hard for eight weeks across July and August, those of us in the tourism industry were working flat out, ticking off the mad days of high summer on the calendar and willing in the cooler, less frantic days of September.

So with a hotel full of guests and a spirit starting to flag from overwork, I called the local rep to come and fix the machine.
Guess what? He was en vacances. His wife dutifully informed me that he wouldn’t be available until the end of August. I tried another number. Same story. Only this time I got grand-mère who’d been left in charge while the repair man and his family had fled for the coast. We had a good chat about the hot summer and the huge number of tourists that were around. She then wished me bonne continuation and left me to it.

My husband sorted the coffee machine. It needed a new gasket which he ordered online and fitted three days later. In the meantime, our French guests were understanding when we broke the awful news at breakfast that there would be no café crème that day. Or the next. A shrug of the shoulders. Tant pis! It was August, after all. The sun was shining. They were on holiday. What was there to get upset about?

It was a lesson well learnt and, luckily, learnt early – for we would encounter the same obstacle every summer over the next six years. The tax office closed. The accountant out of reach. The builder unable to commence before September. It became part of life, that mass hiatus from work, like a gigantic sigh of pleasure rippling across France. And we learnt to greet it with a shrug, a laugh, and acceptance.

So this summer, if you come across a family run business that has its door firmly closed, or an office that has fermé in the window, try not to get too cross. Try not to rant about French business sense. Instead, just lift your face and feel the en vacances spirit in the sunshine above. And go on your way, grateful to be in a culture where people still know how to live life for life itself.

•With thanks to Julia Stagg

Julia Stagg is the author of the Fogas Chronicles, novels set in the Ariège region of the French Pyrenees. Her latest book, A Fête to Remember , is available now (Hodder & Stoughton, 2014, £7.99). Find out more about on her website www.jstagg.com, on Twitter @juliastagg and on Facebook www.facebook.com/staggjulia