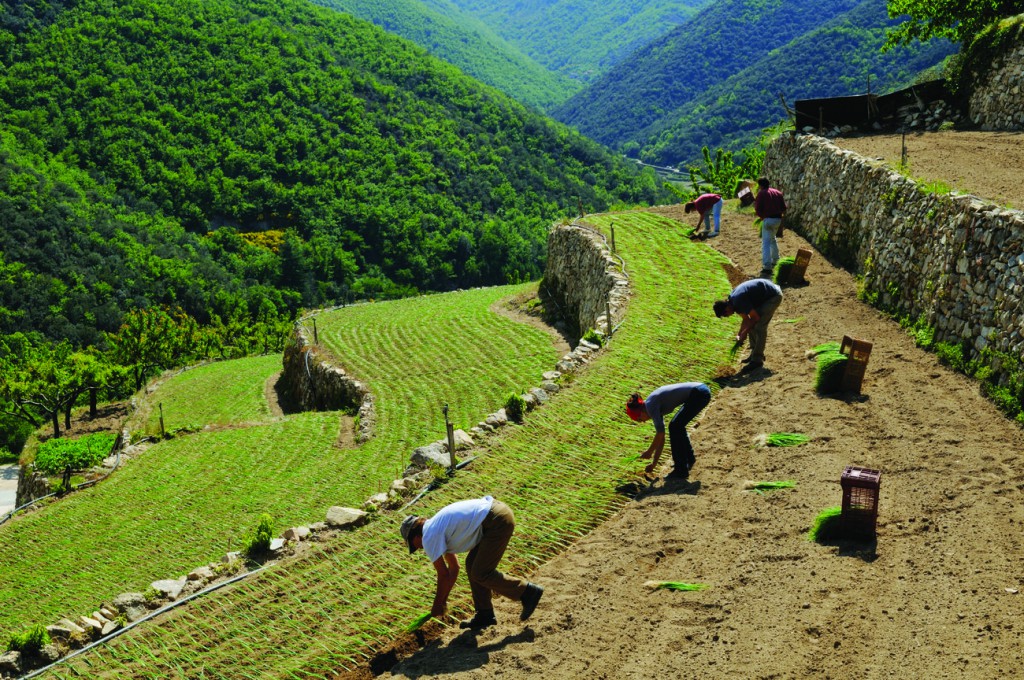 Plenty of wines and cheeses have the prestigious AOC label of excellence. But, as Norman Miller discovers, there are many more prized products to savour.

In most countries, people learn their ABCs, but for French folk (and Francophiles) it’s important to know your AOCs too. There are now over 200 products bearing the tag Appellation d’Origine Contrôlée – or associated trademarks like Indication Géographique Protégée (IGP) – which link a wonderful diversity of foods to defined geographical areas and historic production methods.

The current AOC system was officially instigated in 1935 but the principle dates back to 1411 when the proper production of Roquefort cheese was prescribed by parliamentary decree. Wine and cheese dominated the listings until the 1960s when more products began to receive worthy recognition – from Camargue bull meat and Auvergne’s Puy lentils to échiré butter from Charente. They’re all fantastic – but here are some of our favourites. 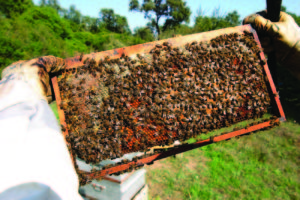 Meet the only AOC product known to have left the planet – Corsican honey went into space on the Mir space station. But this space age treat has been popular since Roman times, when Corsica paid some of its imperial taxes with what the bees provided.

Honey on Corsica draws striking flavours from the breathtaking diversity of its maquis – the herby interior landscape where over 2,000 kinds of flower provide a huge range of pollens for 17,000 hives. The honey is divided into types based on season and where the bees have foraged.

Spring Maquis Honey is amber with hints of caramel and liquorice, while Summer Maquis Honey is clearer and more aromatic, often with a floral, fruity tone from higher mountain plants. Autumn Maquis Honey offers a slight bitterness and a creamy consistency, with flavours influenced by arbutus and sarsaparilla. Clear, delicate Spring Honey is created in May from bees foraging over the plains and low valleys, with flavourings such as clementine and asphodel. Chestnut Grove Honey is marked by a slightly bitter aftertaste alongside hints of chestnut and clematis.

To watch honey being produced, head for one of the bee-keeping estates such as U Campu Tondu near the gorgeous town of Sartene. Another apiary hotspot is Bastelica, which holds a honey fair in November. There’s also a September fair held in Murzo.

Situated near Toulon, Solliès is sheltered from the Mistral wind by hills, creating a micro-climate perfect for figs. 80% of France’s figs grow here, with the most highly-prized AOC variety being Solliès Violet. The heart of the AOC area is Solliès-Pont, set amid olive groves and vineyards on the River Gapeau. A fine 16th century castle dominates the town, where an annual Fig Fair takes place every August.

Typically, Solliès figs are roasted – one traditional dish is fresh roasted figs and spice crumble with fleur de sel. Some, however, are sun-dried then used at Christmas for 13 traditional Solliès desserts! 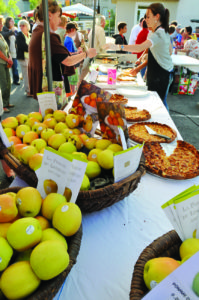 Granted AOC status in 2004, the apples of the Limousin plateau are prized for both aroma and striking colours, the most famous being the russet Ste Germaine.

The AOC area is dotted by pretty towns like the castled Pompadour and Objat, where specialities include feuilleté of apples with chestnut black pudding. In Ayen, the restaurant La Boissière boasts a seasonal apple-based menu. Lanouille, meanwhile, is home to an apple museum, while the nearby L’Auberge Gourmande serves dishes like cèpes and scallops with pommes du Limousin.

Grown on terraced hillside plots in Languedoc-Roussillon, these unique onions gained AOC status in 2003. A pearly white on the outside with a shiny skin and easily peeled thin layers, their mild taste combines fruitiness and pepperiness with a uniquely soft texture. You can eat them raw or cook them into a fondue that traditionally accompanies foie gras poêlé.

Harvested in August, they are market stars in villages like Les Vans and Largentière – though you can store them for up to eight months to last through autumn and winter. Like the walnuts of Grenoble and Périgord (below), Cévennes onions are rich in phosphorus to boost brain cells, plus vitamins A, B, and C, iron, potassium and iodine. 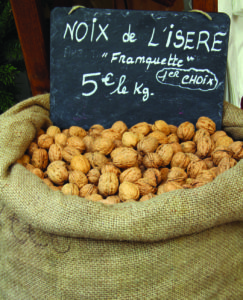 Two areas battle for dominance when it comes to AOC walnuts. But Grenoble has history on its side, with its walnuts denominated in 1938 while Périgord had to wait until 2002. The Isère valley has been the heart of Grenoble production since the 11th century, and the area even has a traditional way to crack the shells known as la Mondée. But watch a local first, as it involves a curved tile on your thigh and a mallet!

Despite being a relative AOC newcomer, Périgord has more varieties than Grenoble. Key ones include Corne, Marbot, Grandjean and Franquette, growing in different places marked by a series of Walnut Roads -– Route de la Noix – along which you’ll find specialist nut restaurants, key producers and museums. As well as the nuts, related products include walnut oil plus walnut-infused honey, chocolate, jam, creams, nougat and liqueurs. Périgord is noted for walnut paste, while Grenoble produces a walnut beer.

June is when green nuts are harvested for pickling and chutneys – the latter particularly good with with goats’ cheese. And a tip for chefs: chop rather than crush walnut kernels for cooking – crushing can make them bitter.

The first vegetable in France to be granted AOC status (in 1997), the Coco de Paimpol has its origins far from Europe in South America. This beautiful cream-coloured bean with reddish purple striations is believed to have arrived in Brittany with a Navy seaman returning to the port of Paimpol in the 1920s.

Now grown by around 500 producers, the AOC area is centred on Paimpol-Tréguier on the Côtes d’Armor.

Harvested between July and October, picking has to be done entirely by hand due to the bean’s fragility. Harvesting also has to stop in rain as excess water rots the pods.

The pickers – plumeurs – are a striking sight as they sit in the bean fields, often working beneath parasols to keep off the summer sun. A top plucker can pick up to 150kg a day. The annual harvest festival in August sees pluckers heading to Paimpol where competitions complement delicious bean dishes. The bean is often described as nutty, redolent of chestnut. They need no pre-soaking and cook much faster than other dried beans – just 35 minutes simmering in salted water. Added to soups and casseroles, the beans are excellent sources of fibre, iron and vitamins B1 and B5.

In local markets look for beans with dried up marbled pods rather than ‘better-looking’ green ones – the green colour indicates they’ve been been picked too early and, though edible, will lack the wonderful nuttiness of the best beans. 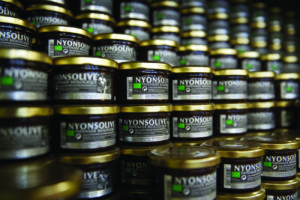 Over 100 varieties of olive have been grown in southern France over the centuries, but the hills of the Baronnies region of the Drôme are home to a hardy black variety called la Tanche – but more commonly known as the Nyons olive, after the area’s main town.

Various factors underpin its AOC cachet, including an almost sweet, meaty flavour allied to an aroma often compared to apples with hints of almond. And while green olives are picked by October, and other black olives by November, the Nyons is left on the trees into December and even New Year, concentrating its oils beneath a skin that wrinkles with a skein of fine lines in the winter air. Only when the olives have what the locals call ‘the colour of a monk’s frock’ are they picked.

The AOC region is focused on the Ouvèze valley near Buis-les-Baronnies and in the Eygues valley near Nyons, where around 1,300 growers tend over 200,000 trees. Some villages hold harvest festivals in late January, while Nyons’ Olivade festival takes place each July. As well as the olives and familiar derivatives like oil and tapenade, look for the unique Nyons olive sausages.