A Vine Romance: Owning a Vineyard in the South of France

First published: 16th May 2018 by FrenchEntrée 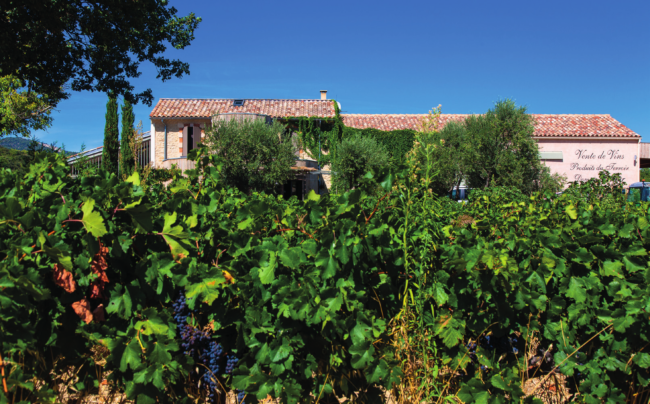 the Domaine Vintur in the Rhône Valley

Amidst his ten hectares of vines overlooking the picturesque Provençal village of Le Barroux and Mont Ventoux, north of Carpentras, Graham Shore carefully picks a syrah grape and pops it in his mouth. “Ah… This is almost ripe,” he says. “It is sweet, but still crunchy. We have to wait,” adds Graham, who has travelled from London to spend a few days at Domaine Vintur to discuss the harvest start date with his cellar master. “We might do some this week,” he explains, looking up at the bright blue sky. “It’s not a simple decision. It has been such a difficult year. Basically, we haven’t had any rain since June.” 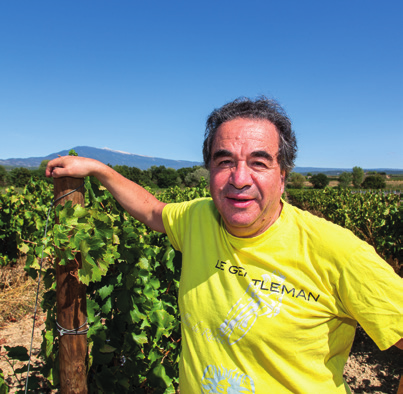 Graham, a funds manager for a brokerage firm, is the owner of one of about 500 wine estates bought and operated by foreigners in France. These can be found in all the main wine-growing regions: Bordeaux, Bourgogne, the Loire and Rhône valleys.

According to Vinéa Transactions, a leading estate agent specialising in viticulture transactions, it is in Provence that the number of hectares bought by foreign investors compared to the number of available hectares is the highest: at roughly 5%. Britons are predominant (24%) followed by Northern Europeans and Americans.

“Some are real wine professionals, others are simply amateurs attracted by the sunny climate, the lifestyle, the desire to realise a lifelong dream and to find a reasonably-sized estate at a good price,” explains Michel Veyrier, from Vinéa Transactions.

It’s a dream that is expensive, however. In this area, the price of estates ranges from €800,000 to €20 million for a renowned vineyard in Châteauneuf-du-Pape, for example. Having the purchase price is not enough: a substantial working capital is necessary because a wine estate will not be profitable for five to seven years – often longer.

“I’ve lived in the region for more than 30 years and wine has always been a passion for me,” says Graham. “Visiting the area to buy Côtes du Rhône wines, I ended up wanting to make wine myself and started looking for a place. At first, I thought of New Zealand or Eastern Europe, but finally, I opted for the Rhône Valley. Eventually I bought this estate in January 2010.”

Domaine Vintur’s nine hectares of vines produce roughly 45,000 bottles annually, most of it being Ventoux PDO (Protected Designation of Origin). Vintur wines are regularly awarded gold medals in the annual appellation competition and get positive reviews in the press. Half of what Graham produces is sold for export and the rest locally, at the estate or in restaurants. He has also developed tasting and tourism activities, which boost his income slightly.

He continues to work in London, though, spending an average of three months on his estate. “During the vendanges (harvest), I am here every two weeks,” he says. “It is a busy time of year in my business in London, but it is also a critical time here. It’s a problem, but I am in touch with everybody.”

The result after seven years? “I’m pleased I did it,” says Graham. “But it’s a very hard business. If I judge by commercial criteria, it’s not something I’d do again. But if I go by the satisfaction I get from it, I would. I will be really happy when we make a profit.” 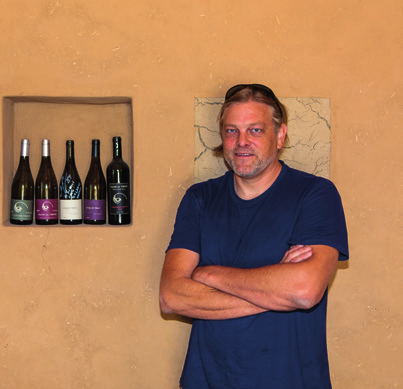 Even Bakke, an American who settled with his family a few kilometres from Domaine Vintur in the hills overlooking Le Barroux, has achieved profit. Ten years ago, he bought an old estate and renamed it ‘Clos de Trias’ in reference to the nature of the soil, which reflects the area’s Triassic past. On this land, favourable for vine growing, in the heart of the famous Dentelles de Montmirail, he operates about 20 hectares, in the Ventoux PDO. “I think I’m on the right track. I’d always dreamt of owning a wine estate in France, especially in Provence,” says Even, who worked on the largest Californian estates for 13 years. It was there that he met his wife, who had been sent to do an internship by her father, a winemaker from Champagne.

“In California, land is too expensive for a young winemaker, so in 2003, we started to look at estates in Provence. I was searching for an area with enough tourists so we could sell locally and export as well.”

Today, Even produces 60,000 to 70,000 bottles a year and exports 75% of them to 14 countries. “From this viewpoint, it’s a success,” he says. “There’s no question of me leaving! In the US, wine is all about money – especially in California. Here, winemaking is a real lifestyle choice. There’s a respect for heritage.” But, on this radiant rocky landscape of vines and olive trees, there are some black clouds. In 2010, Clos de Trias was sued by a  neighbouring co-operative winery claiming ‘Trias’ was already used to name some of its wines. In 2015, a court decision forced him to shut down his website, pay €45,000 in fines and remove the words “Clos de Trias” from labels. “It became ‘Clos de T’. It’s sad. When I arrived here, I didn’t expect that the most difficult part would be the legal and administrative side.”

In Sorgues, a few metres away from the famous Châteauneuf-du-Pape vineyards, Doug Graves, an American who worked for Boeing in Seattle, will probably never face that kind of problem. His vineyard ‘Mas de la Lionne’ was already established when he bought it, name and labels included. “When I moved in on July 14, 2008, it had all the equipment, the house, the winery and a few acres of vines. Six weeks later, I gathered the harvest. The first year, the former owner helped me because I had never grown grapes before. Since then, things have been good. Of course, there have been some problems, but it’s like any new business.” 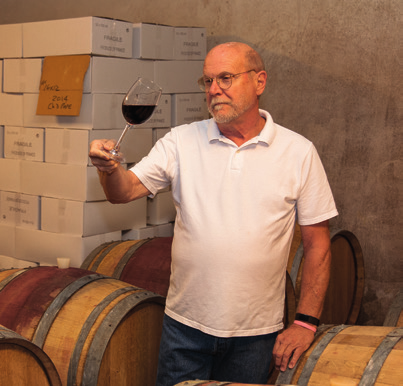 He moved to France to realise a long standing ambition. “I was making wine as an amateur in Seattle and I had holidayed here for a number of years. I really liked the wine from this region,” he says. “So when it came time for me to make a career change, I came here. My family was a little shocked. But they come and stay. They love it!” Doug is unusual in that he works completely alone and produces only a small quantity of wine – roughly 10,000 bottles each year – he sells in France and in the US. “I wanted to have a small wine property, not make a lot of money; just enough to pay the bills,” he says. “I didn’t want to have to worry about hiring, or poor sales. At the beginning, I just took on occasional people for picking and harvesting.” Today,  Doug doesn’t worry about tending his vines. He sold them five years ago and now makes his wine from grapes he buys from other growers. “I found out that when you are a producer, you can only sell the wine from the grapes you grow. 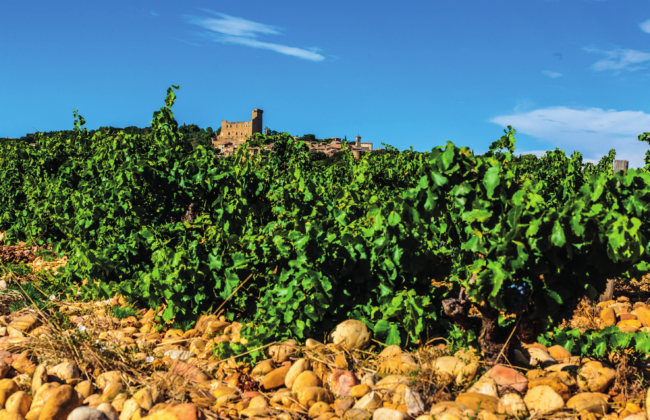 For me it was expensive, so I decided to sell the vineyard and change the business from a ‘producteur-récoltant’ (grower-producer) to a ‘négociant’ (producer-wine merchant). Now I can make Châteauneuf-du-Pape with my labels. I reached a kind of equilibrium and consider this a success.”

All these expats have something in common: despite the problems they’ve encountered, they feel accepted by the local winemakers. According to Inter-Rhône, the inter-professional organisation of Côtes du Rhône and Rhone Valley PDOs: “People are aware that they contribute to the dynamism of the terroir and the region, and to the rehabilitation of the estates. They have a very important attribute: they are highly involved in the local life and they play the game of the appellations.”

View our vineyards and chateaux for sale

Off to the Vineyard: Investing in Wine Production

A Grape Undertaking in Gironde

Previous Article Duck Breast with Morello Cherries and Roasted Baby Potatoes
Next Article Why Do You Need Property Management?