A year in Périgord: why I love the Dordogne 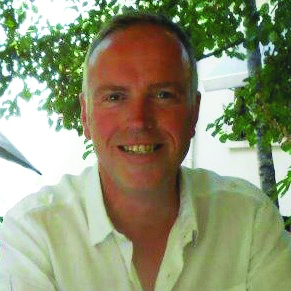 Graham Welch became a committed Francophile while studying and now runs the website A Year in Périgord.com. He reveals his most special moments spent across the Channel.

fe: You studied in Rennes – did living there first spark your love of France?

I lived in the Breton capital during my year abroad, as part of a degree in French and German. Before I set off, my lecturer said to me, “Don’t spend your time doing homework, go out and meet new people.” I didn’t need telling twice. I’m sure it must have seemed to the locals that I was intent on mangling their language, but by the end of my time there, I spoke French fluently. That makes a big difference – if you can understand what’s going on, you can be part of it.

Did working in Paris reveal another side to the city?

You could say that. I worked for a photo library on Rue Pigalle. The street has something of a reputation and Boulevard Clichy, at the top, is even less salubrious. I remember a woman in her 60s, in a full-length fur coat come staggering towards me as I walked home one day. She called over… and flashed at me!

What inspired you to start www.ayearinperigord.com?

I’m planning to move to France, although I’m not in a position to do it just yet. Writing about France feels like a way of keeping up the momentum while I prepare. Posting every day is a challenge, but it allows me to deepen my knowledge and reminisce a little.

What makes the Périgord so special?

I was introduced to the area by a friend who has a house just outside Bergerac. Now I go several times a year. The countryside is stunning and the châteaux along the Dordogne are breathtaking. I love the local food and the wines are terrific – just a fraction of the price of those from nearby Bordeaux.

Does the wine play a part in what makes France so appealing to you?

Yes, I’ve been on a number of wine-tasting tours. The most recent one was to Burgundy. The best-ever was the first one I went on, to Champagne. We were guests of Château Pommery and, after a tour of the cellars, we had dinner there – with a different Champagne to accompany each course. At the end of the meal, the port came out. From what I remember of the evening, I had a great time!

Do you travel to France regularly?

This year, at least six times. My partner and I spent a long weekend in Normandy in January for our anniversary. We’re going to be in Bergerac in May, then in August and again for Christmas and New Year. We’re also due to visit friends in Paris and Pas-de-Calais later in the year.

Something to look forward to! Is there any part of France you’re yet to visit?

Alsace is high on my list of places to go. I speak German and I think it would be really interesting to see that cross-border culture in action. Years ago, I worked as a journalist specialising in EU politics, but I never got to visit Strasbourg – I always went to the European Parliament in Brussels, instead.

How do you get your French fix while you’re in England?

I really enjoy French music so I snap up one of the latest chart compilation CDs each time I’m in France. Then, when I’m on my own in the car, I pop one in the stereo and sing along.