What are the rights of non EU members to live in France? 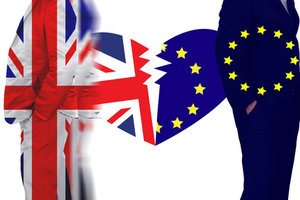 If Britain does not decide to stay within the single market – the ‘Norway model’ – migration negotiations will start with individual countries.

It may be that some countries introduce residency rules that make it harder for expats to remain. Much depends on how flexible the UK is during negotiations. Bearing in mind that London is often referred to as France’s “sixth city” and that more French live there than do Brits in France, it is unlikely that France will make life unduly difficult for the British – such as introducing visa requirements, for example.

Nevertheless, British citizens living in France will be considered étrangers rather than ressortissants de l’Union Européenne, de l’Espace Economique Européen (EEE) or ressortissants suisses who enjoy freedom of movement. In other words Britain will become a pays tiers and its citizens will be treated the same as any other non-EU citizen – although, in France, different rules apply to different non-EU nationals.

Some, for example, can exchange their driving licence for a French one while others have to resit their test. Some have to take a French language test to apply for a carte de séjour, while others don’t.

Requirements also depend on the reason you are living in France – do you plan to work, for example.

In a worst case scenario during post-Brexit negotiations, which could take years, British expats could be treated like citizens of states that have no bilateral agreements with France. Of course plenty of non-EU nationals live perfectly happily in France but there is no doubt that it is more complicated than living there as an EU citizen. People also point out that Brits lived in France before the EEC – this is true but they were more likely to belong to an upper income bracket and have the means to support themselves.

Indeed, as non-EU citizens and without the freedom of movement that goes with remaining in the single market, British citizen’s right to live in France will depend in some part on whether or not we they are considered a “burden” on the state. Negotiations will have to deal with core benefits like free education, access to healthcare, exportability of pension rights as public services such as social assistance and public housing.

Certainly, like other non-EU nationals, Brits will need a carte de séjour to live in France which will need renewing on a regular basis. It is also likely that non-working (i.e. non-contributing) expats will need medical insurance to pay for healthcare, and benefits such as Personal Independence Payment or PIP may no longer be exportable.

Non-EU nationals who want to work in France need a work permit and for self-employed trades a carte de commerçant. Those with good professional skills generally find it easier to get work permits than those wanting to work in general fields such as entry-level jobs in hospitality or gardening, for example.

In addition, UK qualifications may be less readily recognised as EU mutual recognition rules would no longer apply.

Non-EU nationals without work do not have automatic access to benefits as these are guaranteed by the EU as part of the process of standardising member states’ social security systems. Similarly, income support for pensioners is only accorded to non-EU nationals who have worked in France for ten years and income support for those on a low income only after they have worked for five years.

Anyone who has lived in France for more than five years, including non-EU nationals, already gets most of the residence rights of EU nationals. Nor will non-EU British lose the right to buy property in and move to France after Brexit. Under what conditions, though, depends on what treaties Britain and France manage to negotiate.

Previous Article Can British expats in France vote in the General Election?
Next Article Australia to Paris: Cheryl and Graham’s French Property Story