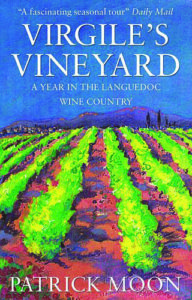 This is an expanded version of Virgile’s Vineyard: A Year in the Languedoc Wine Country, which was first published in 2003, and has been produced to sate popular demand. It’s an autobiographical tale of upping sticks, abandoning a career as a solicitor and embarking on a sabbatical in the south of France.

While renovating a long-neglected country house, overgrown with brambles and minus a functioning water supply, Moon has a succession of lively encounters with local characters – including Virgile, a youthful winemaker who offers to initiate him into the essentials of running a vineyard. It’s adeptly written and full of advice for those who dream of owning their own French vineyard. ★★★