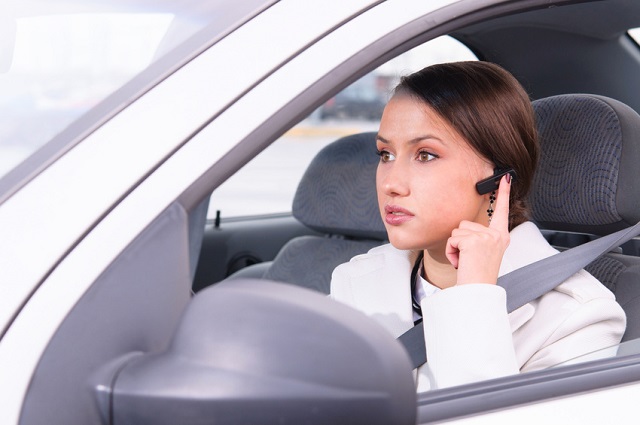 France has set the objective to reduce the number of road deaths in half by the year 2020. On Friday April 3, the Interior Ministry announced several measures to achieve this goal, including the ban of hands-free kits in vehicles that will take effect on June 30, 2015. The ban includes any mobile device hands-free kit that requires an ear bud, Bluetooth headset, earpiece or headphones, including those kits that only require one ear and leave the second ear free.

The use of a car phone or mobile phone while driving has been banned in France since 2001, but hands-free devices had been exempted from the restriction.

Road accident deaths have gone up for the first time in twelve years (an increase of 3.7% in 2014). Measure 22 calls for the ban of ‘any system of the kind that requires earphones, headphones, ear bud, earpiece … that is likely to limit either the attention or auditory capacity of drivers’.

The ban does not include systems that do not require an ear bud, earpiece of headphone, such as those connected via Bluetooth to the car speaker system, or the speaker function on the phone.

A source from the Interior Ministry quoted by AFP said, ‘the hands-free kit is a device that prevents the driver from hearing what is happening around him. The objective is for the driver to keep in contact with the exterior world’ .

Measures included in the same regulation pertain to bidirectional speed cameras, and an experimental reduction of speed limits to 80km/h on designated roads, among others.

How To Change Your UK/Foreign Driving Licence for a French Permis de Conduire: Part 2

8 Ways to Save on Living Costs in France This Winter