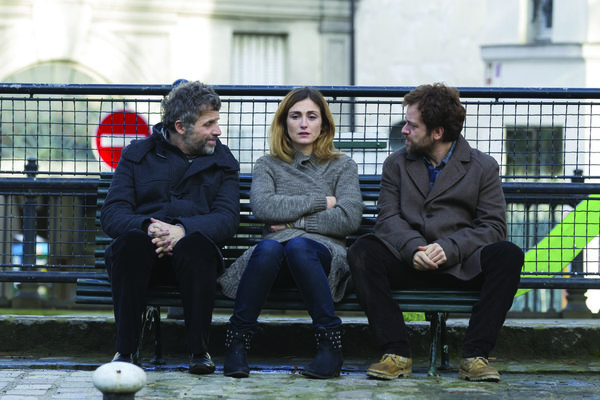 This festive charmer opens with hangdog eulogy writer Paul (played by Stéphane Guillon) picking up his cheque after another funeral where his specially crafted – and perhaps over-frank and insulting – words are being read out to an incredulous gathering of mourners. The tone – in both the light-hearted action, witty dialogue and musical score – is set for this romantic comedy about a man who, according to neighbour, ‘only talks to widows and dead people’. However, when Emma (Julie Gayet) knocks at his door with a more unusual request, his life is about to take a rather different course.

Emma’s husband was a war reporter, killed in Mauritania a year before and never given a funeral, so she wants Paul to write about him. Since his death, their 8-year-old son has blacked out all memories of his father and Emma hopes Paul’s way with words might help him accept the loss.

It’s a clever set-up and of course we fully expect Paul to fall for Emma’s charms. He gets to know Emma’s son and his good-time confi dante, neighbour Victor, follows the burgeoning romance with interest. But the narrative twist comes in the form of a face from the past – none other than the ghost of Nathan appears at Paul’s front door.

Besides a top cast, this warm-hearted film also provides viewers with a lovely glimpse of wintry Paris time. It’s a flawed film – the plot resolutions come with a hefty pinch of sel, but it’s a perfect movie for a cold Sunday on the sofa.