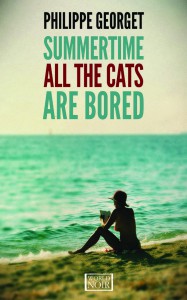 Summertime all the cats are bored
Philippe Georget, World Noir, £10.99

This classy, sun-soaked Perpignan-based police procedural slipped somewhat under the radar this summer, but deserves a much wider audience with this English translation.

The author is a former newsreader who possesses a real flair for both the details and emotional punch of investigations. In this case, we follow tough cop Gilles Sebag – a man with more than his fair share of domestic troubles, including a potentially philandering wife – as he pieces together the clues from several seemingly unrelated crimes involving young Dutch women.