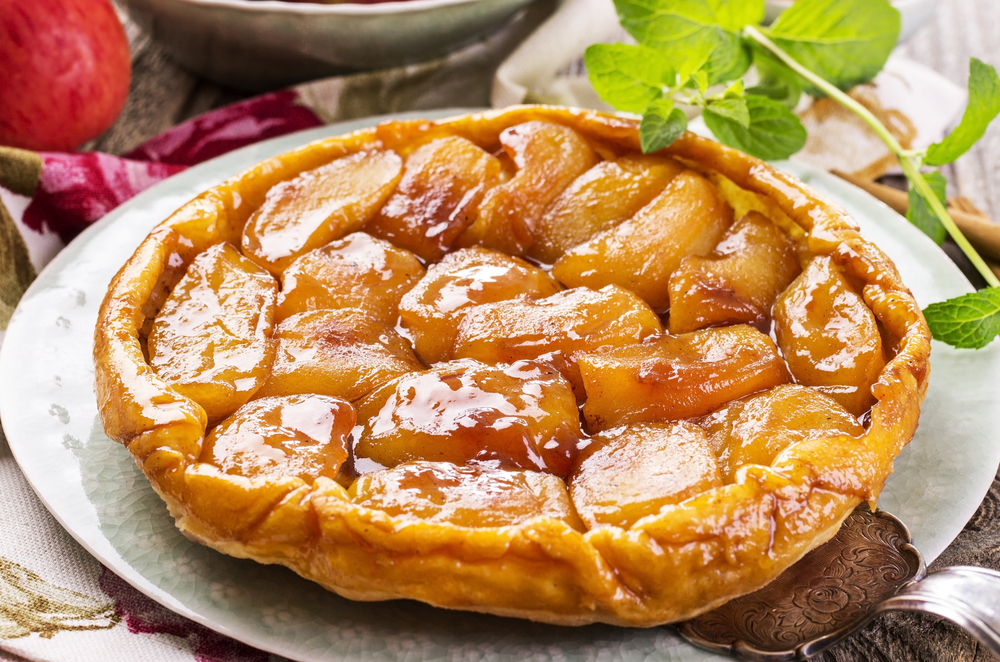 Of all of France’s food folklore, the legend of the tarte tatin is arguably the most famous. The recipe parades French cuisine at its finest: it takes a simple selection of fresh-picked apples, butter, sugar and flour, and turns it into a decadent feast of caramelised fruit piled in glistening glory on a flaky pastry base. But as the story goes, the inversion of a humble apple tart into a concoction of delicious hedonism – a metamorphosis that French dishes are often inclined to make – was an accident.

In the 1880s, the Hôtel Tatin in Lamotte-Beuvron was run by two sisters: Stéphanie and Caroline Tatin. The former was in charge of the kitchen, and during a particularly busy service she accidentally left apples for a pie on the stove for too long. She swiftly covered the almost-burning mixture with pastry in an attempt to salvage it, cooking the pie anyway. On removing it from the oven and flipping it over, the upside-down caramelised tart was surprisingly pleasing in both taste and appearance. It was a hit, and its popularity boomed when the owner of Maxim’s in Paris got hold of the recipe – allegedly from a spy in Tatin’s kitchen.

Other narratives accuse a clumsy Stéphanie of carelessly constructing her pie the wrong way round and serving it regardless, or dropping it on the floor but hastily scooping it back up (presumably using the ‘three-second rule’) and presenting it upside down. Some claim that upside-down tarts date back to ancient times. Whatever the real story, the enigmatic history of tarte tatin tastes all the sweeter thanks to its scatty yet ingenious namesake.

More from our food and recipes zone…