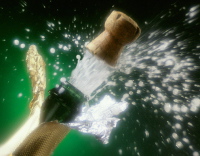 According to legend, Blanquette de Limoux was the world’s first sparkling wine, dating as far back as 1531. At the time, the monks of the Benedictine abbey of Saint-Hilaire, near Limoux in the Aude, were producing white wine in rather an unusual fashion – instead of using oak vats the wine was fermented in a glass flask, with a cork top which gave it a natural sparkle. Apparently, Dom Perignon passed through the valley on his was north from Spain, chanced on the abbey, stole the technique and passed it off as his own to the nobles of Champagne! 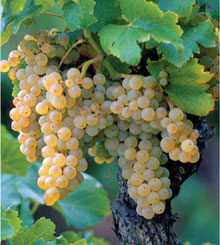 Whatever the true story is, the fact remains that Blanquette never captured the public imagination quite as successfully as Champagne. A crying shame, many would say, as Blanquette, which is made exclusively from Mauzac and Chardonnay white grape varieties, results in a dry, creamy-textured, full-bodied wine with fruity aromas, a clean taste and a long full finish. To many it is infinitely superior to its northern cousin.

Blanquette now provides the mainstay of vineyards in the Limoux area, and its producers have aimed at maintaining its originality and developing its quality. The region’s surrounding hills protect it from the extremes of the Mediterranean and Atlantic climates, with the area enjoying a micro climate particularly suitable for making quality white wine. The vines classified in the appellation are always planted at the top of southern-facing slopes, giving the best exposure. The soil here is shallow and sparse, full of chalk and stone. The surface area of the vineyards is restricted by quota, the yield is limited, and the grapes are picked manually only, in sections, at the ideal stage of ripening. 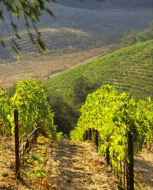 A visit to the region would not be complete without a taste of this sparkling gem – it is served in most of the the fine restaurants in the Aude – but really one must do the rounds of the many cellars in and around Limoux itself – just a half hour drive south of Carcassonne. You will be able to take your pick from both the Blanquette and Crémant (a version made from Chardonnay and Chenin varieties) as well as the Blanquette Méthode Ancestrale (an extremely bubbly, lighter version, notorious for popping its cork!). You will also benefit from meeting the proud producers of the local delight, who will be only too happy to elaborate on the processes involved and the benefits of their particular blend!