The mystery of champagne

First published: 21st May 2012 by FrenchEntrée 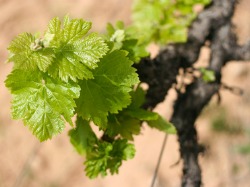 If you’ve been to Champagne already, you’ll know that compared to other wine growing regions of France it’s actually quite a small area. Why is that?

Champagne literally means “flat field” in French, and the region is called Champagne-Ardenne. Much of the land is covered in arable crops such as wheat and beets. The area reserved for the production of grapes is only 35,000 hectares and it’s on the chalky slopes, not on the flat lands. The chalk actually plays a huge part in the production of the bubbly, but more about that later.

First we need to understand the reasons why the area is so small. Back in the day before regulation, the farmers in the region were mainly concerned with survival. They were poor peasants and many of them only grew grapes as a last resort because the chalk wouldn’t support the arable crops of the flatlands.

The entrepreneurs of the day around the 16th/17th century were noblemen and saw an opportunity to make some money from growing popularity of the bubbly. Life was tough for the farmers. They were exploited and mis-treated by the owners of the large champagne houses. They were growing the grapes mostly for them and not getting a fair price for their produce. On top of that there was a huge outbreak of phylloxora – a serious vine disease which swept and destroyed the crops late in the 19th century.

However after some rioting on the part of the farmers, it all came to a head, and this led to better rules and regulations and a fairer deal for all concerned. In due course the official governing body, the CIVC was set up. They keep an eye on everything from how many grapes you can harvest to selling and registration of the vineyards and protecting the name “champagne”.

In 1927, it was the CIVC who decreed that everyone who wanted to plant vines and grow grapes to be used in the making of champagne had to be registered. If you didn’t register back then, there is no way you can do that even today. There has been talk of extending the “appellation” but nothing has happened yet. Keep in mind that back in 1927 grape growing was not a very profitable business, and so many farmers at that time did not register, and so as you’re driving around the region, perhaps following the Route Touristique de Champagne, you’ll come across a field which is just lying fallow between two vineyards. Unregistered land.

And the chalk? The chalk is fundamental to the production of wine this far north. It acts as a kind of radiator, absorbing heat during the day and releasing it during the colder nights. It also helps keep the vines roots’ free from rot, and lastly, it provides a steady ambience of 10 degrees underground in the cellars where the bottles are quietly ageing, in preparation for their journey to your table.